Many homeowners don’t realize that there are different basement waterproofing methods available to them. Some methods are better than others, and some may not be suitable for your home at all. In this blog post, we’ll go over the three most popular basement waterproofing methods so that you can make an informed decision about which one is right for you. 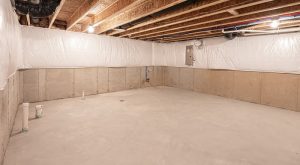 This is the most popular type of basement waterproofing system. It involves installing a drain around the perimeter of your basement, which collects water that seeps through your foundation walls and floors and funnels it to a sump pump. The advantage of this system is that it doesn’t require any excavation, so it’s less disruptive and more affordable than some of the other options.

However, this system is not without its drawbacks. First, it only collects water that’s already made its way into your basement—it doesn’t prevent water from seeping in in the first place. Second, if your sump pump fails or there’s a power outage, your basement can still flood.

This system involves excavating the soil around your foundation down to the footings and installing a drainage system that collects water before it has a chance to seep through your foundation walls or floors. This system is more effective than an interior perimeter drain system because it prevents water from ever entering your basement in the first place.

However, this system is also more disruptive and costly than an interior perimeter drain system—not to mention, if not installed properly, it can actually increase the risk of flooding by directing water toward your foundation instead of away from it. 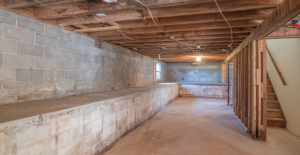 This system involves installing a drainage board on the inside of your foundation walls and floor and then covering it with a layer of waterproof concrete. This system is less disruptive than an exterior waterproofing system because there’s no excavation required. However, it’s more expensive because you have to remove any existing finishes in your basement (e.g., drywall) in order to install the drainage board.

Additionally, this system only offers protection against minor flooding because if enough water enters your basement to reach the level of the drainage board, it will still flood.

There are a few different basement waterproofing methods available to homeowners, each with its own advantages and disadvantages. It’s important to consult with a professional before deciding on a particular method to ensure that it will be effective for your home and needs.