Egress windows are an important aspect that you should consider when building a new house or renovating your home. The International Residential Code (IRC) requires all habitable spaces such as living rooms and basements to have egress windows. Also, every indoor space or room that is intended to be utilized as a bedroom, including rooms within a basement, should have an egress window. 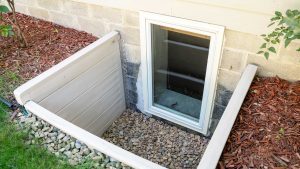 Egress windows should meet some specifications in order to serve their functions well. When installing these windows, it is important to work with a professional contractor to ensure that the specifications are met. Here are the key facts that you need to know about egress windows.

The term egress window is coined from the word ‘egress’, which means ‘to exit’. As the name suggests, the window is used to exit the room or building in which it has been installed during an emergency. Egress windows are installed in basements, bedrooms, and the first floors of split-level buildings among other areas.

In addition to playing a key role as emergency exits, egress windows can also be used to allow the entry of natural light into the rooms in which they have been installed and promote ventilation. Therefore, well-installed egress windows ensure that spaces such as basements are well-lit and well-ventilated. 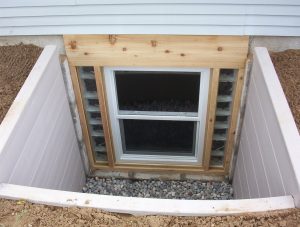 The IRC stipulates that every space that is used as a bedroom should have at least one egress window. Additionally, each egress window that is installed should meet the following requirements:

It is not necessary for all basement windows to be designed as egress windows. If you have an unfinished basement, you may only need to install ordinary windows for ventilation. But an egress window is required in the basement if this room is used as a living space or as a bedroom.

You can also combine ordinary windows and egress windows in your basement to improve lighting and ventilation.