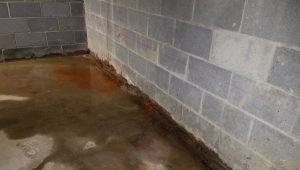 In 1806, the area that would eventually become Parma and Parma Heights was originally surveyed by Abraham Tappan, a surveyor for the Connecticut Land Company, and was known as Township 6 – Range 13. This designation gave the town its first identity in the Western Reserve. Soon after, Township 6 – Range 13 was commonly referred to as “Greenbriar,” supposedly for the rambling bush that grew there. Benajah Fay, his wife Ruth Wilcox Fay, and their ten children, arrivals from Lewis County, New York, were the first settlers in 1816. It was then that Greenbriar, under a newly organized government seat under Brooklyn Township, began attending to its own governmental needs. By 1920, the US census showed Parma Township had a population of just 2,345, but the following decade proved to be a time of significant growth and development for Parma. It was in the 1920s that Parma Township transformed from a farming community into a village. On December 15, 1924, Parma was incorporated as a village. The largest and fastest-growing development of that time was H. A. Stahl’s Ridgewood Gardens development, which started in 1919, continued through the 1920s, and into the 1930s. A resident of Shaker Heights, Ohio’s first Garden City, H. A. Stahl developed Ridgewood as an ambitious “model village” project patterned along the lines of and rivaling the earlier Shaker Heights project with “churches, schools, motion picture theater, community house, and other features forming a part of all well-developed residence communities.” Ridgewood was designed and marketed as a Garden City on 1,000 acres of land to accommodate about 40,000 residents “325 feet above Lake Erie, in the healthiest section of the South Side, free from the smoke
of industries, or the congestion and noises of sections nearer the Public Square. Parma is southwest of Cleveland; it is bounded by Cleveland and Brooklyn on the north, Brooklyn Heights, and Seven Hills on the east, North Royalton and Broadview Heights on the south, and Brook Park, Middleburg Heights, and Parma Heights on the west. The Ukrainian Village commercial district is located along State Road between Tuxedo Avenue and Grantwood Drive. This district was designated Ukrainian Village in September, 2009. This commercial district features a large number of small, family-owned businesses and medical offices, features one of the most “walkable” neighborhoods in Parma, and boasts a traffic count of more than 40,000 vehicles each day at the intersection of State and Snow Roads. This area also hosts the Ukrainian Independence Day parade (August).