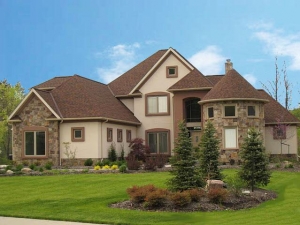 The Township of Euclid, was one of the first communities to be established in the Western Reserve. A contract between Superintendent Moses Cleaveland and 41 employees of the Connecticut Land Company created the Euclid Survey Township. The men were members of a party sent to lay out and survey the estimated 3,000,000 acres of land purchased by the company the previous year for $1,200,000 from the State of Connecticut. Euclid, named after the Greek mathematician, was incorporated as a township in 1809. The township consisted of more than 35 square miles of land.

David Dille, a Virginia company lieutenant from the Revolutionary War, is credited as the founder of Euclid Township. He built a log cabin on the west bank of Euclid Creek. In those early years, the village was a farming community, subsisting on cash from crops of wheat and table grapes. The first industries were saltworks, sawmill, gristmill and ship building.

In 1850, the Cleveland, Painesville and Ashtabula Railroad built tracks through Euclid. The village was incorporated in 1877. However, incorporation was rescinded a year later when residents reconsidered their action. It was again incorporated in 1903 and boundaries were changed. Toward the end of the nineteenth century, several companies were quarrying “bluestone” with great success. Euclid bluestone was used to build the “old” City Hall located on East 222nd Street.

In 1931, with a population of 12,753, Euclid officially became a city and Charles Ely elected the first mayor. A decade later, World War II brought sudden growth to the community. An influx on new industry began replacing the farmland. Euclid’s city planners assured orderly growth by segregating commercial and industrial land from residential neighborhoods, becoming pioneers of modern zoning concepts. In 1994, the population of Euclid was 54,875. Today Euclid is known for its superior municipal services, excellent educational opportunities and quality of life.